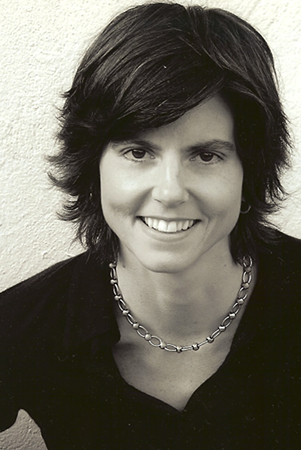 The first time Tig Notaro stood in front of a microphone, she didn’t consider the likely possibility the audience would be laughing. “I was just trying to get through what I had memorized,” Notaro said. “I was nervous, that’s for sure.” The possibility of laughter would mean, for most performers, exit, stage right, don’t come back. For Notaro, it meant the beginning of a successful career with performances in comedy club icons like The Improv, The Punchline, Catch a Rising Star and The Comedy Store. “I never thought I would get paid for this,” Notaro said. “I used to think I would be happy telling jokes at open mic nights. It was definitely not expected.” In addition to the stand-up circuit, Notaro was also featured on Comedy Central’s “Premium Blend” and comedycentral.com’s “Best of the Improv.”Notaro will bring her deadpan view of the world to New Mexico Highlands March 7 in Ilfeld Auditorium along with Eddie Tafoya.”You just get a hipper, fun feeling at universities,” said Notaro, who will be on the road this fall with the Crackpot Comedy Tour, a “house concert of comedy” she created with two other comedians. “You have a better shot at connecting when it’s a younger audience.” Tickets for the 7:30 p.m. performance are $15 general admission and $5 for New Mexico Highlands students. Advance tickets are available by phone at 505.454.3238 or e-mail at martinezda@nmhu.edu.