Mr. Baca’s successful higher education leadership experience spans over three decades. He serves in key executive leadership roles as a trusted advisor, possesses in-depth knowledge of all aspects of higher education operations, and is recognized for developing high-functional teams and for resolving complex issues. He raised unrestricted net assets from $800 thousand to over $10 million in a six-year period despite state funding cuts and declining student enrollment. His solid and in-depth analysis, financial vision and budget allocation has allowed the university to put funding towards initiatives and investments to grow enrollment, retention, marketing efforts and employee compensation contrary to external financial threats.

His 15 years of government relations efforts raised nearly $15.8 million in new operating dollars and $64.1 million in capital improvement resources. He is a highly sought-after subject matter expert in the state budget and governmental relations arena. He is an accomplished executive leader who served as the chief architect on several university wide technology initiatives to include implementing a networking infrastructure and single sign-on that was considered an effective best practice in the Southwest and throughout New Mexico. His comprehensive operational knowledge led large-scale technology implementations improving the efficiency of processes through university-wide automation. Mr. Baca was recognized by Sterling’s “Who’s Who in the Computer Industry” and was awarded Cisco Corporation’s “Building Scalable Network Infrastructures.”

Mr. Baca is the president and owner of Vivid Solutions, providing expertise and consultation on network operating systems; systems integration with analysis and project management; voice and data networks; emerging technologies; electronic messaging systems; and security systems and analysis. His skills were used to design a nationwide active directory services for Rocky Mountain Technology, whose primary client was developing a pharmacy application for Albertson’s and Savon Pharmacy. He is a recognized national speaker.

He served his country and obtained the rank of First Lieutenant in the US Army. He was the first commander of NMHU’s initial ROTC program, graduated from the US Army Airborne School and achieved distinguished graduate status. He was selected by the 111th Brigadier General to serve as his aide because of his leadership skills.

Dr. Denise Montoya serves as the Associate Vice President for Finance, Administration, and Government Relations and adjunct faculty for New Mexico Highlands University (NMHU). She served as the 2018-2019 HU President Leadership Development Fellowship program and former Human Resources/Payroll Director at  NMHU. She is the President of P.S. People Strategy, providing strategic planning, design and implementation of learning cultures, and human resources consulting services to a wide range of organizations. She is an accomplished faculty member and national speaker instructing courses at NMHU, UNM Continuing Education, CNM, and ITT Technical Institute.

Dr. Montoya serves on the Los Alamos National Laboratory Foundation Board of Directors. She served as the Membership Advisory Council Representative for the Southwest Central Region for the Society for Human Resources Management (SHRM); the Director for SHRM New Mexico Council; and the President for the Human Resources Management Association (HRMA) of New Mexico. She served as a judge for Quality New Mexico.

Dr. Montoya was recognized by Albuquerque Business First as a Women of Influence Honoree in 2015 and was awarded the HR Volunteer of the Year by the HRMA of New Mexico presented by SHRM NM in 2011. Stephanie Gonzales was born and raised in Las Vegas, New Mexico. She graduated from Robertson High School and attended New Mexico Highlands University for two years before she transferred to Arizona State University.  Stephanie received her Bachelor of Science in Accountancy from Arizona State University. Stephanie brings a wealth of experience from working in public accounting as an auditor with Mayer Hoffman McCann in Phoenix and with Neff + Ricci in Albuquerque.  Stephanie also received her Certified Public Accounting license in October 2012. For 13 years, Stephanie worked at Thornburg Investment Management in Santa Fe as a Senior Corporate Accountant and Supervisor of Accounts Payable. She began work at NMHU in February 2018 as the Budget Director. In December 2018, she became the Director of Budget & Finance/Comptroller. Board Chair and Executive Director – NM Technology in Education Chief Romero was born and raised in Taos New Mexico. He joined the United States Army in 1977 at 17 years old. He attended the Armor school at Fort Knox Kentucky as a gunner on the M60A2 tank, and after completing basic training and AIT he was sent to the 1ST Armored Division in Germany. He met and married his late wife Gina and they have two sons, Chris and Jeff. He served 6 years in Germany and then he was sent stateside to Fort Carson Colorado and assigned to the 4 Infantry Division. He completed his military service commitment after 8 years and was honorably discharged in 1984 as a Staff Sergeant.

Chief Romero began his law enforcement career as a patrol officer in Questa, New Mexico in 1984. He attended the Law Enforcement Academy while working in Questa and became a certified officer in 1985. He transferred to The Las Vegas Police Department in Las Vegas New Mexico as a patrol officer in 1986. He worked in all areas of the LVPD to include Patrol, Investigations, 14 years in narcotics assigned to the region IV narcotics task force. He was promoted to Lieutenant and transferred to the Emergency Management division as the Emergency Manager for the City of Las Vegas and San Miguel County. He was promoted to Captain in 1999 and assigned as the Investigation, Narcotics and Communications Commander, until his retirement in 2005.

In 2012 Chief Romero had the opportunity to join the Hew Mexico Highlands University Police Department as a patrol Officer, with then Chief Donato Sena. During his time as a patrol officer, Chief Romero aspired to become the Chief at NMHU. Chief has over 1400 advanced training hours. He has his basic and advanced, intermediate, mid-management and executive training certificates. He attended and graduated from Northwestern University’s School of Police Staff and Command. Chief Romero was appointed Chief of Police of the Highlands Police/Security Department in 2016.

Chief Romero was married in June of 2020 to his wife Barbara. He enjoys spending time with his family, including 5 grandchildren; they enjoy camping fishing and spending time together. He also enjoys hunting and spending time in the mountains around New Mexico. Chief Romero is also an active member of the Immaculate Conception Parish and he is a catechist for the youth confirmation program. He continues to work diligently to make NMHU a safe and secure place where students, faculty and staff can live, work and learn. Mariama Whalen currently serves as the Labor/Employee Relations Officer for New Mexico Highlands University. As a former union staff representative, she comes to the NMHU family with extensive knowledge of best practices for labor and management. An alumna of Liberty University, she is currently pursuing her master’s degree in organizational leadership. Mariama values community, diversity, and justice in all aspects of life. She aspires to serve the Highlands Family with integrity and transparency in the hopes of promoting a healthy and productive relationship between the University’s administration and organized labor. Her mantra is “holding hands, we can move the world.” Aaron Flure joined the NMHU team in March 2021 with extensive procurement experience from multiple fields and disciplines. Aaron brings an enthusiastic, team and solutions-based approach to improve and sustain the functions of purchasing and those it serves within the organization and community with the intent of contributing to the larger organization. Lee Martinez has worked for the Environmental Health and Safety Officer/University Safety Manager for over 8 years at NMHU. Prior to his employment at NMHU, Lee worked at a fitness center on the Ramah Navajo Reservation. Lee also worked as a graduate assistant for the Exercise and Sport Science department. Lee has extensive experience in fire suppression and emergency response activities. Lee maintains certifications as a Covid-19 Incident Safety Officer, Certified Health and Safety Official, OSHA General Industry Safety and Health Certification. 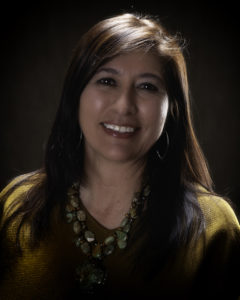